January 30, 2013June 10, 20157 Comments
Having an office is great.
I can close my door.
I don’t have to overhear anything like I would in a cubicle setting…
or whisper when I am on the phone.
I can listen to music if I want.
Work with the lights out if I choose to.
I am even located right across from the bathroom so that I don’t have to get up and walk to far on my lazy days.
But, when my door is open…
I have to deal with this.

Yes, that would be the toilet overflowing.
Nope, not my coworkers fault although she was the one to flush last.
It’s a horrible toilet that runs non-stop.
They turned the water off and it still kept coming.
Yup. This is what I deal with when my door is open.

January 28, 2013June 10, 20158 Comments
Well… what did I do this weekend??
Laid in my bed all Saturday for the first time this year!
I didn’t have a major event to go to or get ready for. No conference to go to.
I got to REST!
Which meant, come Sunday – it was hard to get back into the swing of things.
So – all I have to show for the weekend is what I did at church. Go Figure.
This is my OOTD – Sunday Edition:

The long hair is getting hard to maintain, so the night before I just put twists in the hair and took it out in the morning which was great for this loose curl look.
I have gotten in the swing of wearing false lashes whenever I do my face since I wore so many at Founder’s Day and Inauguration. Starting to love it.
(and NO do not sleep in your temporary false strip lashes. Please reapply every morning because you will have eye issues with all that on your eye at night.)
What do you do when you want to get a picture of your outfit?
Enlist whoever is standing near you..
At church, I am surrounded by kids!
So I enlisted my favorite almost three year old to take a picture of my on my iPhone.
She tried.

Because sharing and caring – the almost three year old wanted to try it again.
I always make sure to at least teach the kids something.
So yesterday it was how to take pictures on an iPhone.
My face in this picture is me laughing at her because at this point she had taken about 10 pictures because she just stood there and hit the button over and over again.

So then, I had to get pics of the both of them.
I said “Let me take your picture” and
this is the most still they were with their poses.
So grown. LOL.

Up close of the details in the jacket.

AND then, I can’t say this enough… this week is Purple and Black week.
Baltimore is having a Pre-Super Bowl Parade today.
Rain or Shine, my hometown is definitely celebrating all week!
And in case you thought I wasn’t going to get in on the action…
Think again.
It’s only a few teams that have Super Bowl Edition hats.
My team happens to be one of them this year! 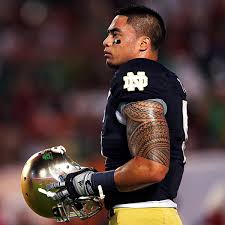 Anyone tired of Manti Te’o going around and around in circles trying to explain this girlfriend who didn’t exist. Although this guy admitted to being behind it, after listening to the voicemails I am convinced that guy is really covering up for his crazy cousin.
So moving on…
Another thing I am tired of hearing about –
BEYONCE lipsynching the Star Spangled Banner! 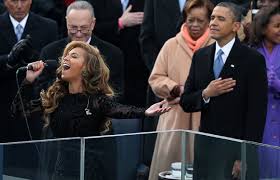 WHO CARES?! I have heard so much about it that I forgot what the President said in his speech and I was there! I mean that was the reason I sat outside freezing! Not to hear Beyonce sing! GE’EZ.
Lets be forreal here… the most played Star Spangled Banner is Whitney Houston’s version and she lipsynched that performance and did so so convincing that she was even sweating in normal fashion at the end of it.
In a few years, folk will be playing Bey’s version too.
And no it doesn’t change what may happen to her Super Bowl performance.
After being in a few Orange Bowl halftime shows myself, I can definitely tell you it will be prerecorded. Every Enrique Eglasias song we had to dance to on that stage was prerecorded. Did it change my view of him? Nope. cause I was dancing my little heart out and it still took a lot of work to put on a good show.
Lets just be smart here. Television can not pick up a live performance in an arena that large without making the person sound horrid.
At least she put on a good performance for those on stage – so what if her mic wasn’t on.
NEXT!
Now, if you know me in real life you will know that I have always been a chocolate lover. However, I have what I like to refer to as “white boy crushes”… and man, here is one! 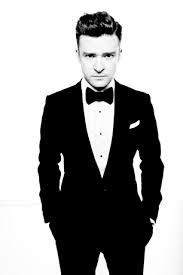 I am so freakin’ happy that J.T. is coming back and is looking so good doing it. Mind you, I love him all the more because every time he is on SNL he is hilarious!
This one hits close to home because we are friends with persons who will be in his tour band. I am hoping and wishing and praying that I get the chance to see him in concert at least one time.. Until then, this will have to do.

And TELL IT!
My girl, Robin Roberts is making her come back and she looks good!

She is kicking Cancer and MDS int he rear! Cheers to you Robin. I love how her perserverance is for all to see. I will definitely be cheering through my television when she makes her return to my favorite morning show.
AND NOW,
my letters
Dear Winter, I am glad that you waited until Inauguration was over to really turn up the dial. I hope that you stay with us on the East Coast is brief.
Dear Krystle, I am so proud of you for carrying out your vision of creating a network for Preacher’s daughters. So glad that I had the chance to come out and support.

SN: Here is what I wore to the Launch Party.
I am not a girly girl all the time, but I feel like whenever you are going to an event that who’s target audience is females, be as girly as you can be so that you don’t show up wishing you came looking like the other person. Put a slight effort in your comfort wear but not so much that you look like over dressed suzy. If you top is jazzy, balance it out with some leather soldier boots – I wore mines with fur to dress it down and yet keep it stylish and WARM- its cold on the East Coast.

Dear every other Fan of a team that is not in the Super Bowl, Stop hating. Specifically my coworkers who talk so much trash against the Ravens and they have never once watched the Ravens play. Its fine, The Ravens are used to being the underdog and we (yup I feel like I play with them) are used to winning in spite of.
Dear Hubby, lets continue to make it better. I love ya babe!
Dear New Readers, thanks for the follows these past weeks. I have really been excited to correspond with some new people. I try my best to respond via email so make sure you are not a no-response commentor.
And what do you do at the end of the night before wiping it all off and peeling off your lashes… make funny faces in the mirror.

Have a great RavensNation Purple Friday!
Linking up with The Sweet Season & From My Grey Desk & Life Rearranged

Header
Just look past it – just like I looked passed the fact that my bedroom was left half painted for almost 6 months out of sheer laziness.
Trying to see if I like it – you may see a few things switched out… I am not the type to have a grand blog design reveal. Clearly not that cool.

January 23, 2013June 10, 20153 Comments
I love to dress up and put on make up and weaves as much as the next person, but usually on a day to day basis my motto is “The more comfort, the better”.
But, as much as I love to share with you my latest take on a smokey eye
or the latest in cocktail dresses that I have acquired..
I thought, now would also be a good time to show you what type of outfits I normally wear to work.
I like to say that my fashion sense is based on my personality.
It has evolved into something I like to call, expect the unexpected.
I mix patterns and colors like no other- and it comes from a “not matching IS matching” philosophy that I have these days. I used to be that girl that had to wear the brown belt because my handbag was brown.
Thank God for deliverance!
I am a risk taker when it comes to my threads, but in no way am I a fashion blogger or a fashionista. I can’t keep up or afford any trends.
Not even a Maxxinista – shopping there makes my head hurt.
Just like Target is pushing this “Everyday Collection” campaign…
It’s the same as I see myself and my outfits.. its Every day things that I swear any other normal person would wear. One thing you won’t see on my blog is “haul” posts. I think when I graduated from college, shopping sprees stopped because responsibilities started. Now that I am approaching my tenth year college reunion, anything I buy these days I have reasoned in my head about a million times before purchasing – no more impulse buys (except on occasion) and if the line at the register is too long for my patience then I will not be getting what I want on that particular day- it just wasn’t meant to be.
And thus – my Everyday Collection.
Yup I wore this to work… Today is like 2 degrees outside
This is Business Casual right?!

Nothing says comfort than an orange oversized “boyfriend” sweater (Old Navy), a Navy and White polka dotted faux wrap dress (H&M) over top of dark denim skinny jeggings (Target) and Gray crocheted Boots (UGGs).
Thank goodness for office doors that close and desks that cover you from the waste down.
I rarely wear make up in the office and of course there are certain rules to wardrobe for our Agency (some of which I broke today for the sheer fact that its literally two degrees outside). But never fear, your girl always has a spare of black pumps and stockings in the office drawer for those official emergencies like running to court or meeting with the bosses. But I do not get dolled up in my defense because of the demographic that I work with- not to say that all officers take this approach, but I really just can not handle dealing with compliments or cat calls from the offenders whom I supervise. Maybe later on in my career- not this soon though.

There was an error retrieving images from Instagram. An attempt will be remade in a few minutes.

What I Talk About